Cooperative and Its importance 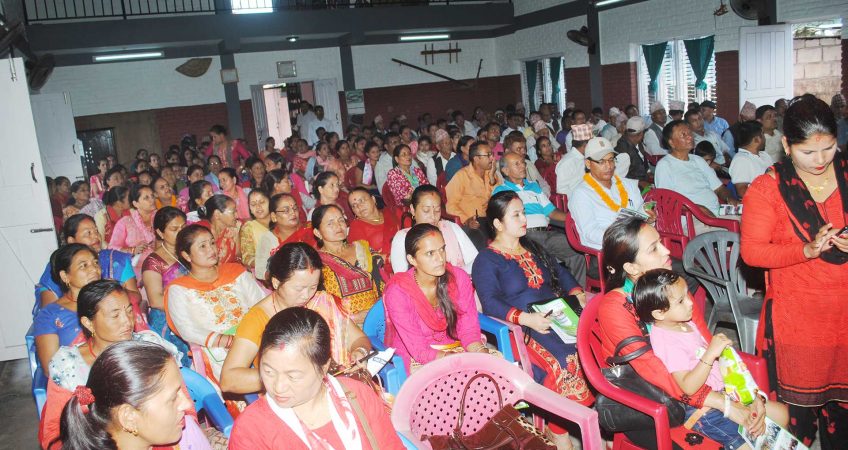 Cooperative in Nepal has a long cultural tradition of informal community based co-operatives including savings and credit associations popularly known as dhukuti and grain savings and labor savings systems know as parma and dharma vakari. Similarly, Guthi provided a forum to work together for smoothly running different socio cultural practices. Many of these traditional systems of cooperation are still functioning in the rural area of Nepal. The First Co-operative Act was enacted by the government in 1960, which was followed by the agricultural co-operative act. Later on the savings and credit Cooperative Societies movement had spread throughout the country, and the co-operative Act 1992 has firmly accepted the cooperative principles and provided a legal base both for establishment of cooperative society. At present the department of cooperative is working under the ministry of agriculture and cooperative to enhance the local leadership throughout the promotion, regulation and development of cooperatives for economics, social cultural development of their members. The Co-operatives is a private business, that is owned and controlled by the people who use its products, supplies, services although co-operatives may vary in types and membership and are structured to adopt to the members changing needs. People have been working together for their mutual benefit. They democratically elect board of directors. The board sets the overall operating policies, approve the annual budget, oversees its operation and distribute the benefit to the members. The board also hires professional management to handle day to day operation.

Cooperatives have direct and indirect impacts on socio economic development by promoting and supporting entrepreneurial development, creating productive employment, raising incomes and helping to reduce poverty while enhancing social status, social protection and community building while cooperatives directly benefit their members, they also offer positive externalities for the rest of society, and have a transformational impact on the society. Some of the specific ways of co-operatives contribute to development goal as below.
a. Agricultural co-operative play on important role in food production distribution and in supporting long term food security. It also promotes the participation of women in economic, production which in for in food production and rural development through co-operative women are able to unite in solidarity and provide a network of mutual support to overcome cultural restrictions, to pursuing commercial or economic activities. For e.g. women are highly engaged in small business than before because of cooperatives have given very types of training and opportunity. A survey in Nepal, indicated that compared to non-cooperatives members, women engaged in co-operative activities were better of, both in terms of productivity and economic well being.

c. Cooperatives collect small and scattered amounts of resources from the members at local level to
create an economic force and invest those resources for their own economic, social and cultural
development.

In conclusion, cooperatives have been an effective way for people to exert control over their economic livelihoods as they play an increasingly important role in facilitating job creation, economic growth and social development by investing it’s capital to the productivity field.

Cooperative and Its importance